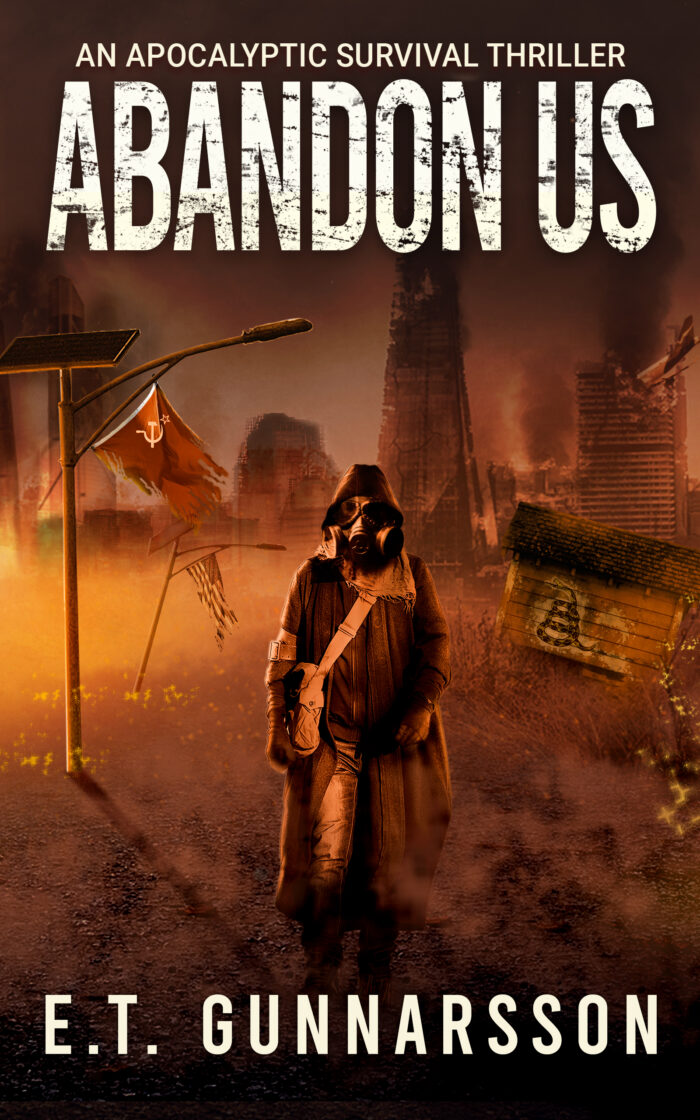 Twenty-eight-year-old service technician Robert Ashton endures dangerous city streets trying to scrape by. His partner Zilv is his only light in a world enshrouded in polluted darkness.

As society buckles, the pair finds safety in the city’s underworld. Working as a smuggler, Robert builds a new criminal life to keep himself and Zilv fed.

But, the battles from the world above seep down into the underground, forcing Robert to return to the surface. In the hellscape of the Third World War, he endures a nightmarish wasteland of violence and death.

When the apocalypse becomes reality, just how hard will a man fight to live?

Abandon Us is the prequel to E.T. Gunnarsson’s multi-award-winning book Forgive Us, a story readers call “thrilling, brutal, and completely unique.”